In my opinion, after the recent events in Gaza, an additional question which the Israeli voter should ask each political party standing for the upcoming January 22 elections is: what is your Egypt policy? 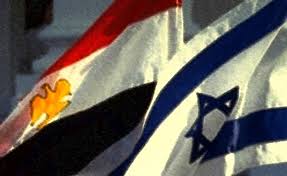 In these elections, perhaps more than any since the signing of the Camp David peace agreement in 1978, the issue of Egypt – Israel relations will need to be addressed by the different Israeli political parties. We the Israeli voter need to know what each party’s stance on Egypt is.

The reason is simple: after the Arab Spring and after the crucial role which Egypt has been playing with regards to the recent conflict in Gaza, having good relations with Egypt will be important.

We in Israel need politicians who are going to maintain and strengthen our relations with Egypt. This is important for the national interests of Israel in crucial areas such as the country’s immediate security concerns in the Sinai as well as our relations with Hamas.

Although this may sound like a given, nevertheless, there is valid reason for concern. Politicians such as Avigdor Lieberman could try to attack Morsi in order to gain popularity among right-wing Israeli voters. In 2008 Lieberman attacked Israel’s ally Hosni Mubarak when he was in power by saying that “he could go to hell”. Based on that incident, it is entirely possible that sooner or later he could attack Mubarak’s less Israel friendly successor, Mohammad Morsi.

Nobody is saying that improving relations with Morsi will be easy. Nevertheless we need clear plans by Israeli politicians on how they will try to improve relations, if possible, in order to enhance Israel’s national interests. What we don’t need are politicians who could and would make things worst.