To be able to give a conclusive answer as to which faction will have the highest number of seats in the next Iranian parliament, we will have to wait for the second round of voting.

The reason? First and foremost because according to the result chart below from BBC Persian, the gap between the votes for the opposition Conservative faction (in yellow) and the pro-Rouhani government faction (blue) from the first round of voting is relatively close. More importantly, the number of undecided seats (in Orange) to be decided in the second round is substantial enough to push one side (especially the pro-Rouhani side) over the halfway mark.

According to Iranian law, the second round of voting has to take place within 30 days after the first round. A date has not been submitted to the Guardian Council yet. 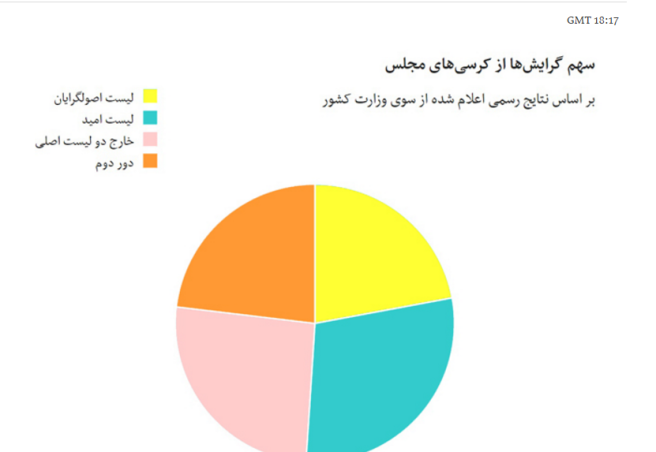