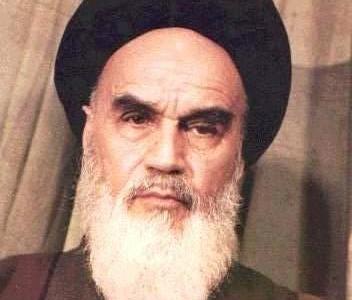 A question I get asked frequently: who is going to replace the current Iranian supreme leader Ayatollah Ali Khamenei?

Do you know the answer? because I don’t. No one knows. The regime has not mentioned any names. So far, all that we have to go on are guesses and assumptions.

The same applied to the 1989 when Ayatollah Khomeini was about to pass away and people were wondering who will replace him. Although back then it was relatively easier to list the name of those who could succeed him, as it was (relatively) soon after the revolution and there were more notable candidates.

But even then respectable publications such as the New York Times got it wrong. See the below quote from the May 22 1989 article from the NYT:

In the power struggle that consumes Iran’s ruling clergy, Ayatollah Ruhollah Khomeini’s son, Ahmad, has emerged as a prime contender to inherit his father’s authority.

The quoted NYT article is a must read. It also provides a fascinating insight into a previously unknown 110 page letter published by Ahmad Khomeini against Ayatollah Montazeri, after the latter was dismissed from his role as Ayatollah Khomeini’s successor. Why? because he lambasted Khomeini for executing thousands of MEK prisoners without a proper trial and on dubious grounds.  Among other things (the late) Ayatollah Montazeri tells Khomeini:

”the crimes of your Ministry of Intelligence and those committed in your prisons are far worse than those of the Shah and Savak, and I speak of detailed knowledge.”

A prominent reason given by those who believe that the current Iran deal is a bad deal is one that says the current deal does not force Iran to completely dismantle its nuclear program.

As someone who follows Iranian domestic politics closely, looking at this reason from a domestic Iranian political angle, in my opinion it is extremely unlikely that Iran’s leadership, with Ayatollah Khamenei at its helm, would agree to such a demand. There are numerous reasons why I believe this to be true, the extremely, almost unbearable high domestic political cost of adhering to such a demand being one of them.

Therefore, I disagree with the argument that says Iran’s leadership, through the continuation of the current negotiations can be forced to dismantle its entire nuclear program.

I would like to invite an expert from the other side of the argument who specializes in domestic Iranian politics to debate me on-line on this topic.

To make this a specialist level debate for our audience, I believe that the opposite side of the debate should also be a Persian speaker who can also read Persian fluently and to have published at least 1 article on a subject concerning domestic Iranian politics, for a news site or for an academic journal.

Do you know of anyone who would like to take part in such a debate?